Enterprise 2021 was a great success.  Despite the worst that Covid 19 and the Great British summer could throw at it, there was flying on almost every day.  Many thanks to the team at Borders Gliding Club in Milfield for all the hard work they put in to make the event so special. The overall winner was Chris Gill, with Bob Bromwich second and Mike Armstrong third.  Doug Gardner won the Pure Flight trophy, Tom Edwards won the Blunt Nails trophy and the Sam Witter trophy went to Phil Morrison and Nick Jones.  Well done all.
​ 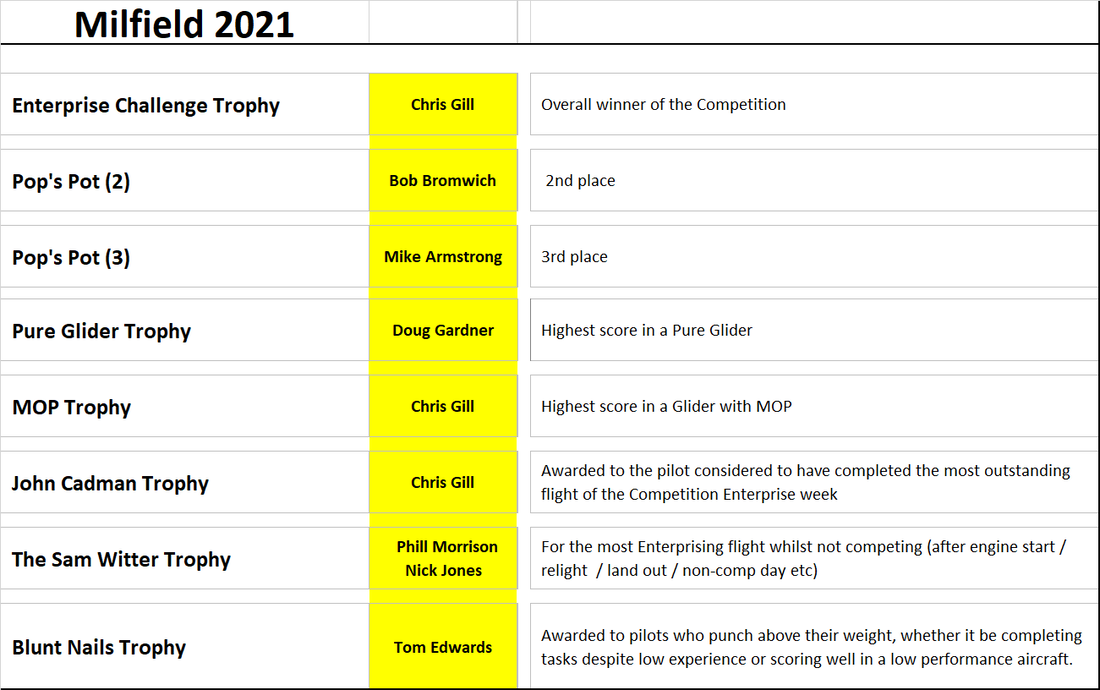